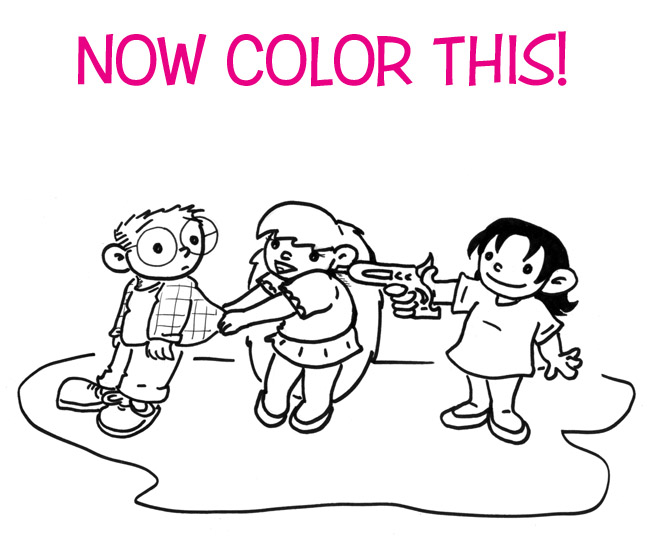 Yeah, so I ran out of activities and just did a bunch of black-and-white drawings. I did like doing these little-kid versions of the characters. This little version of Mell is, of course, not to be confused with Li’l Mell. 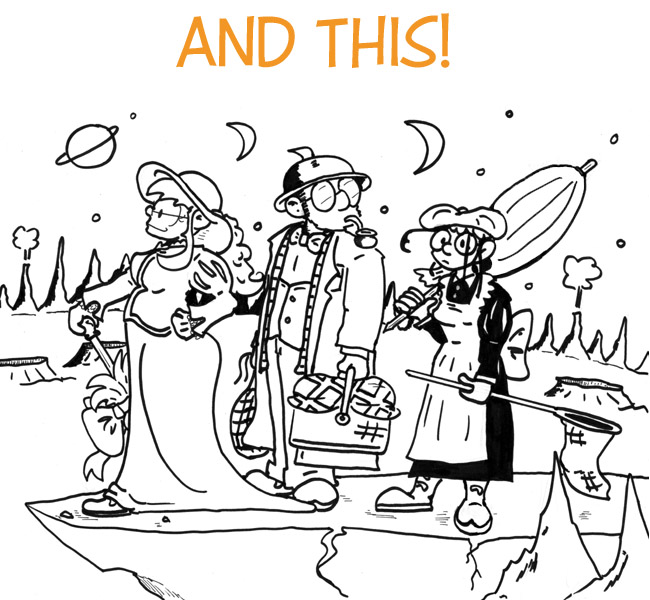 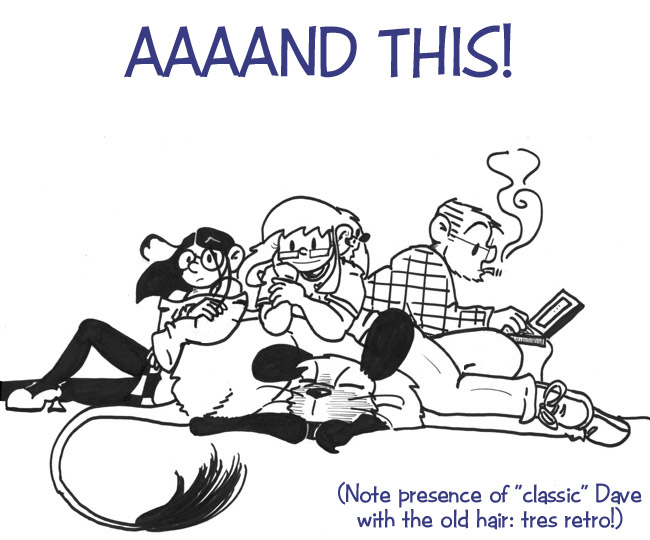 I don’t think this was an old drawing, so I don’t know why I gave Dave his old hair. Force of habit, probably.

Man, I forgot I did so many of these. Blame James Rice, who just kept coming up with activities. 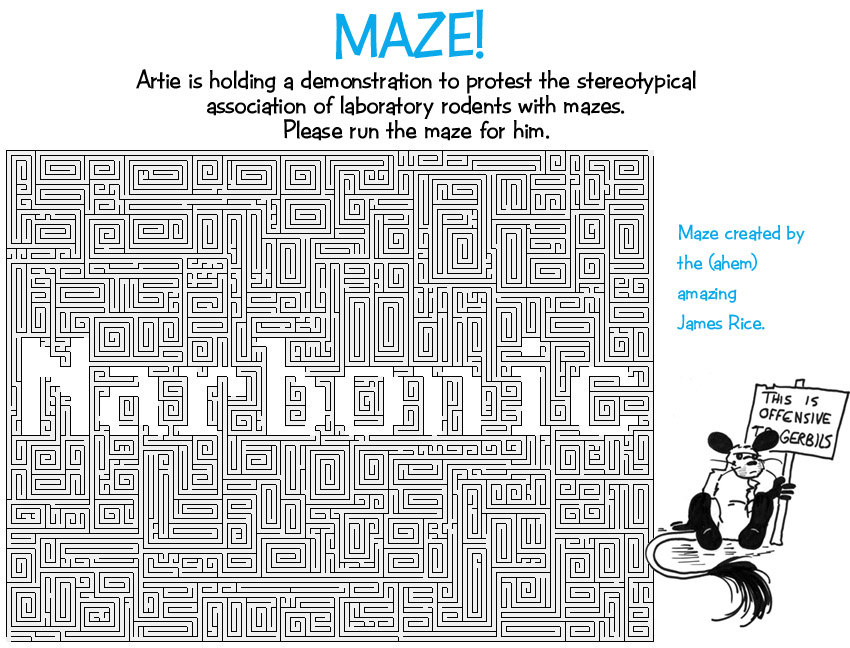 This maze is super cute.

3 thoughts on “A Narbonic Coloring Book”