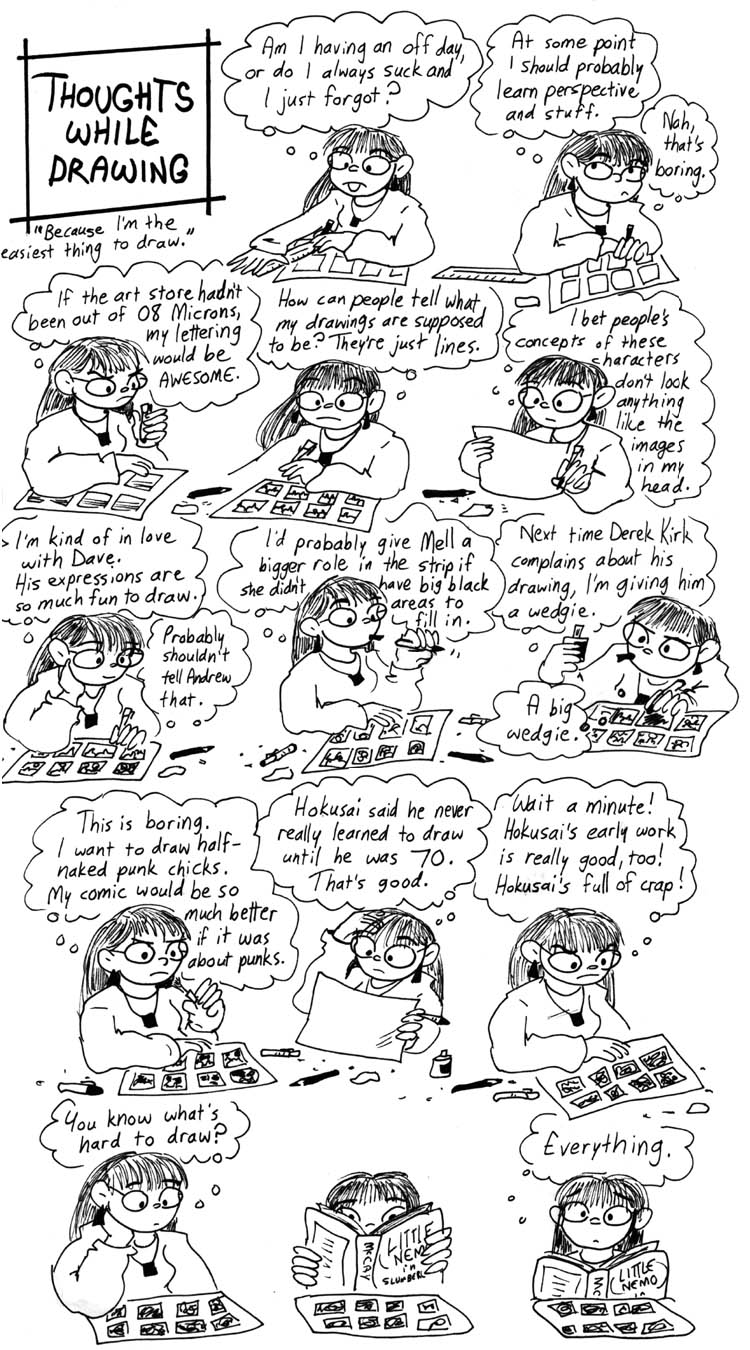 “How can people tell what my drawings are supposed to be? They’re just lines.”

I seriously think this ALL THE TIME. It amazes me that humans have the ability to fill in so much information by looking at a few lines on paper. How do we do that?

I still think my comics would be better if they were about punks. I love drawing punks. Skin Horse is mostly full of things that are hard to draw, like dogs, women’s clothing, and tiltrotor aircraft. I probably should have planned that better.

8 thoughts on “Thoughts While Drawing”