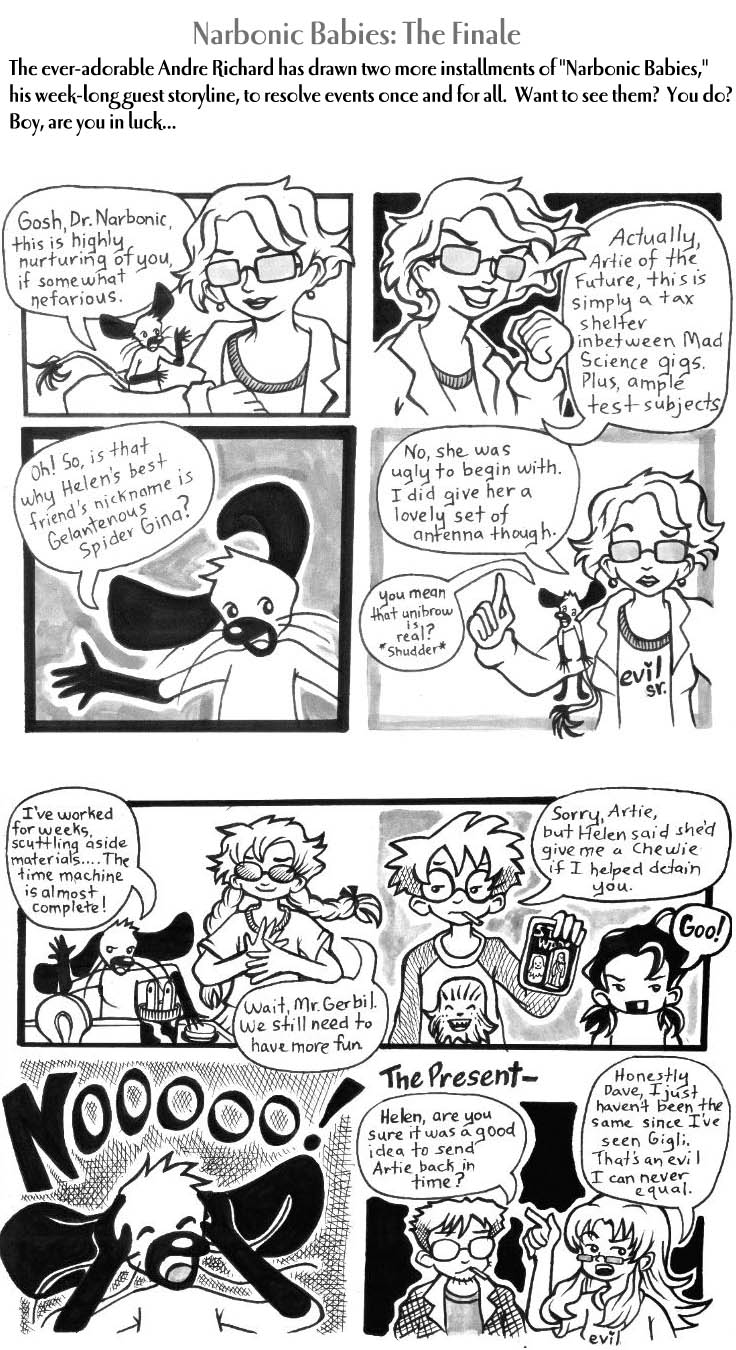 Aw, more cute strips from Andre Richard. I have to say, starting an evil daycare as a tax shelter is pretty appropriate to Dr. Narbon’s character. Anything that destroys lives and keeps her from having to work. Also, that smiling Chewbacca on Young Dave’s shirt is awesome.

4 thoughts on “Narbonic Babies: The Conclusion”