In Memory of Dave 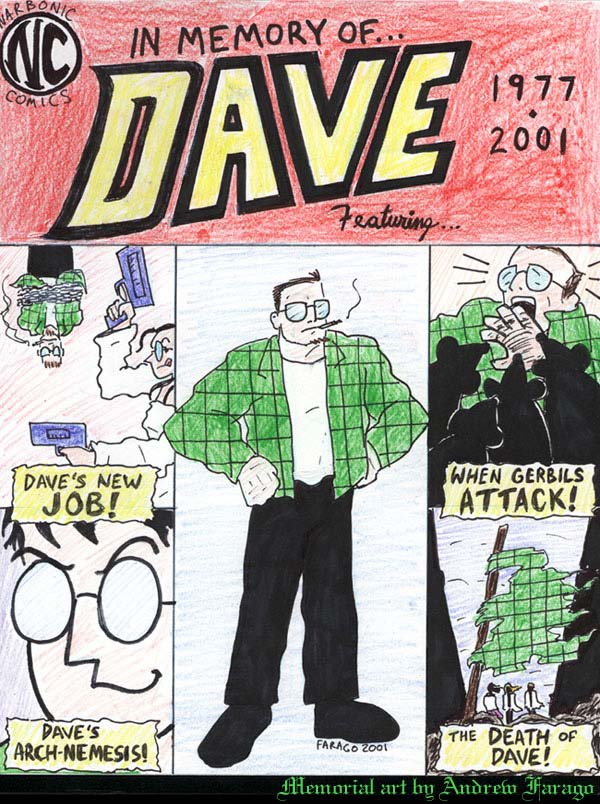 Since Andrew was, by this point, my steady boyfriend, I was able to force him to draw this memorial comic-book cover. You’ll notice he modestly included Scott McCloud from his own guest week storyline. The “Death of Dave” illustration is based on the cover of the 1993 “Death of Superman” comic.

7 thoughts on “In Memory of Dave”