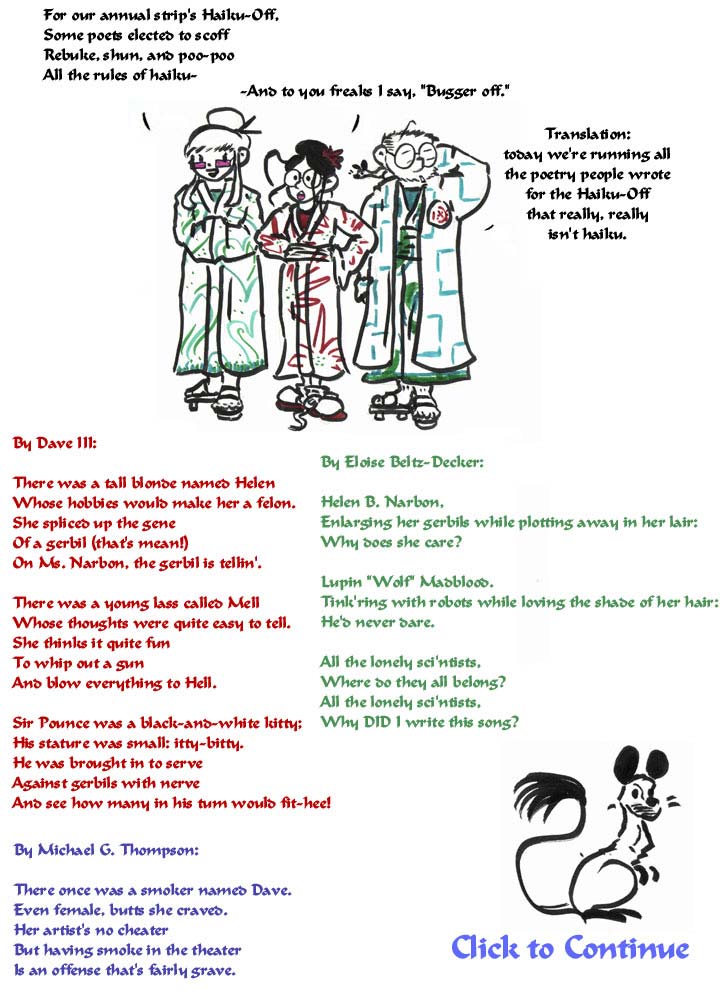 You know what’s better than a feature that fills a Sunday for me? A feature that fills two Sundays for me! These brush-pen illustrations of the characters were pretty fun to do, incidentally, although I’m generally hopeless with brushes. 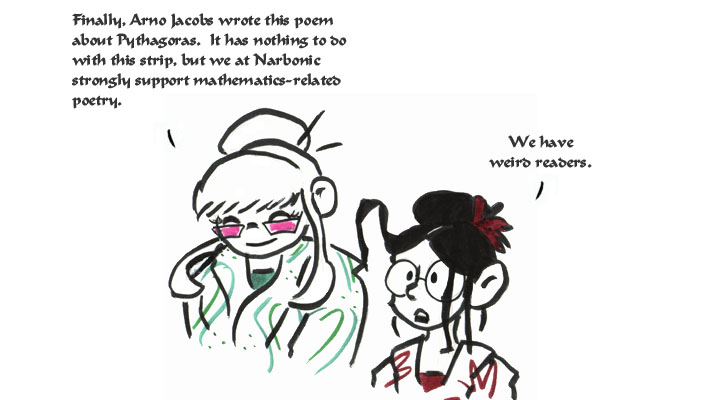 Well, it is a pretty cool math poem.