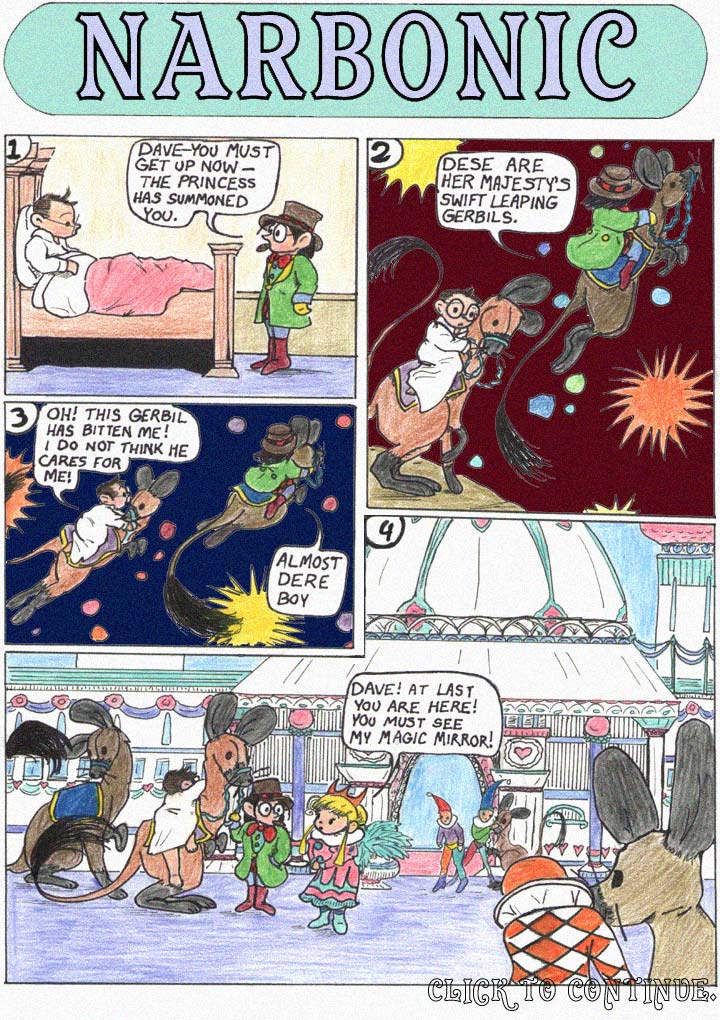 Wow, already up to the first Slumberland strip. I typically drew or assembled the Sunday features at the very last minute (in contrast to the daily strips, which I usually drew 3-5 weeks in advance), but I took some time on this one. I finished it up at around the time I went home to Ohio for the holidays. I remember my mother didn’t believe at first that I’d drawn it, which flattered me ridiculously. It’s not great, but it’s certainly much better than most of what I was drawing at the time.

The strip is, of course, a pastiche of Winsor McCay’s Little Nemo in Slumberland and Little Nemo in the Land of Wonderful Dreams. After it ran, I didn’t get any emails from Winsor McCay fans, but I did hear from people who thought I was copying either a) the 1990 NES game “Little Nemo: The Dream Master,” or b) an issue of Neil Gaiman’s Sandman that also includes a “Little Nemo” pastiche. After a couple of years, either Narbonic started attracting more comic-literate readers or Winsor McCay started to get more public attention, because I received email from lots of people who were into Little Nemo.

My personal favorite “Little Nemo” tribute is the Tom Petty video for Running Down a Dream.

Most of the images in this strip are based directly on material from the McCay strips. The opening panels are taken from the first “Little Nemo.” The palace is a crude facsimile of architecture from some of McCay’s political cartoons for the Hearst syndicate, which he did later in his career. You can tell he wasn’t particularly interested in whatever political point he’d been assigned to make, because he’d expend enormous energy on incredibly detailed, breathtaking backgrounds, full of beautiful landscapes and neo-classical buildings. 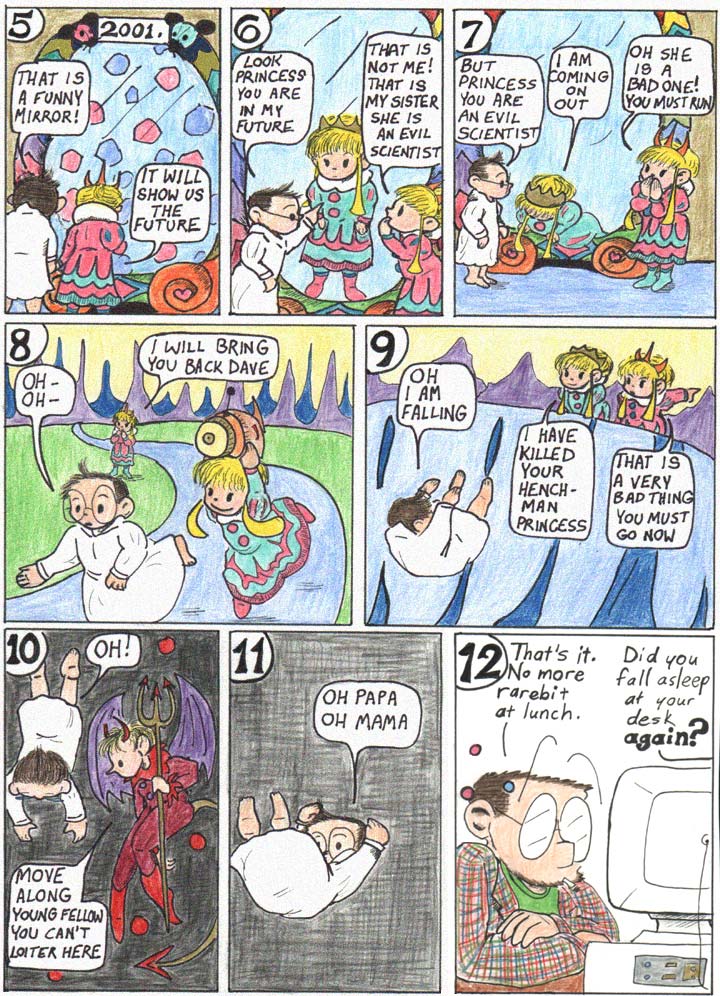 I don’t remember where I got the idea to do a Little Nemo-inspired strip, but it became a New Year’s tradition. As many people have noticed over the years, these strips cryptically foreshadowed events in the coming year of Narbonic, something I was able to do because I plotted so absurdly far in advance. This strip alludes to events in the next several storylines. Also, Caliban makes an advance cameo appearance. I should have made him look more like a Winsor McCay devil, with long spindly horns. McCay drew fantastic devils. He drew fantastic everything.

As I’m sure all the Winsor McCay fans out there already know, the “rarebit” line at the end is a reference to McCay’s other dream strip, Dreams of a Rarebit Fiend. The idea behind the title was that eating Welsh rarebit would give you bad dreams, although the strips typically end with the characters frantically swearing off all kinds of different foods.

11 thoughts on “Dave in Slumberland”